After touring in the Purple Butterfly Valley, we kept riding our scooter into the depth of the mountains in southern Taiwan.

One mission: to visit the annual great event in the Duona tribe.

Duona tribe surrounds by mountains and lies on a rising ground beside a river, all the way into the tribe, we  saw with our eyes the tropical mountains luxuriant forests, even in the cool fall, the trees seem not to bother to brow more flourish, and the sweeping view really makes us very comfortable.

Duona tribe(ku na dan van) is all Rukai people(one of the Austronesian aboriginal peoples in Taiwan), we were fascinated to see they still reserve the traditional stone-board house and some ancient custom for a wedding despite many of the traditional aboriginal culture is losing as time changes.

Today is their annual event: Harvest Festival, Rukai tribe used to take the dark millet as their staples, dark millet is the paddy brought by the god, so every year after the autumn harvest, to thanks to river god for the blessing of the harvest and of the preceding year, tribe will hold the festival, if there’s couples to get married, the wedding will be held together.

The festival began with the chief’s chanting, then the spiritualist danced to prey for blessing. The spiritualist held kind of grass in both her hand, and moved in a sacred curve with her legs, to watch the scene on your own is quite strange, kind of mystery curse dance.

Soon after the blessing, the men in the tribe will gathered in a circle, ready for the hunting up to the mountains.

After triumphant return of the braves, only the men capture great prey is qualified for the title: Brave. But the little girl beside me told me this wild swine and deer on their shoulder were kept in the cage in someone’s house before the festivity, but since this is just a show reappear the ancient festival, it doesn’t matter if it’s kept in the cage or captured alive, after all, we couldn’t wait here for ten days or more just to see them carry the pig back, but perhaps if there’s a chance staying in a local’s house and observe their daily life will be quite a good experience.

The women worked hard when those brave were out, making rice cake and aboriginal’s favorite: millet wine, if you have circled around the village, you will find most of the Duona aborigines are singing and drinking, they really have a good voice, and drinking is their life most importantly.

Traditional dance for their triumphant return 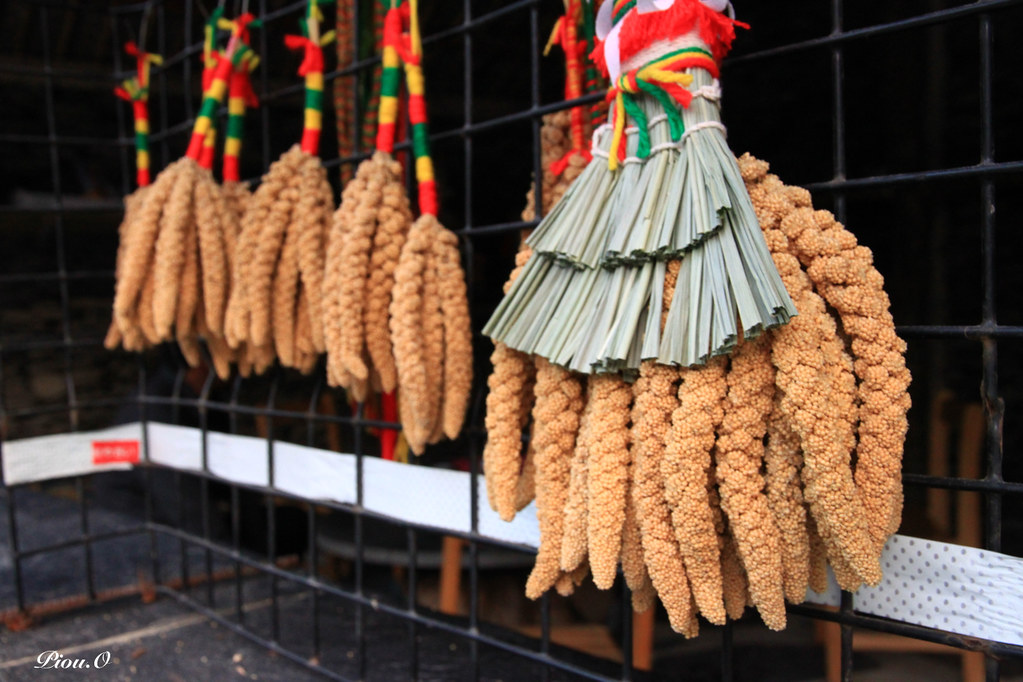 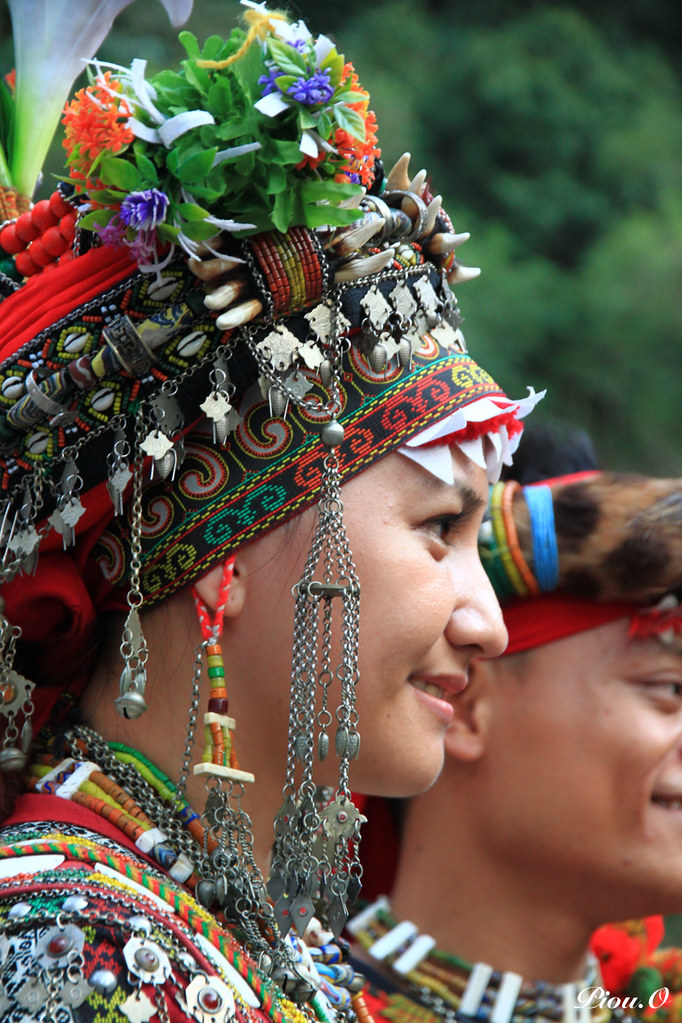 The millet princess has a very beautiful face, and her smile is really sweet, after the visit we found girls in the tribe are all really lovely. 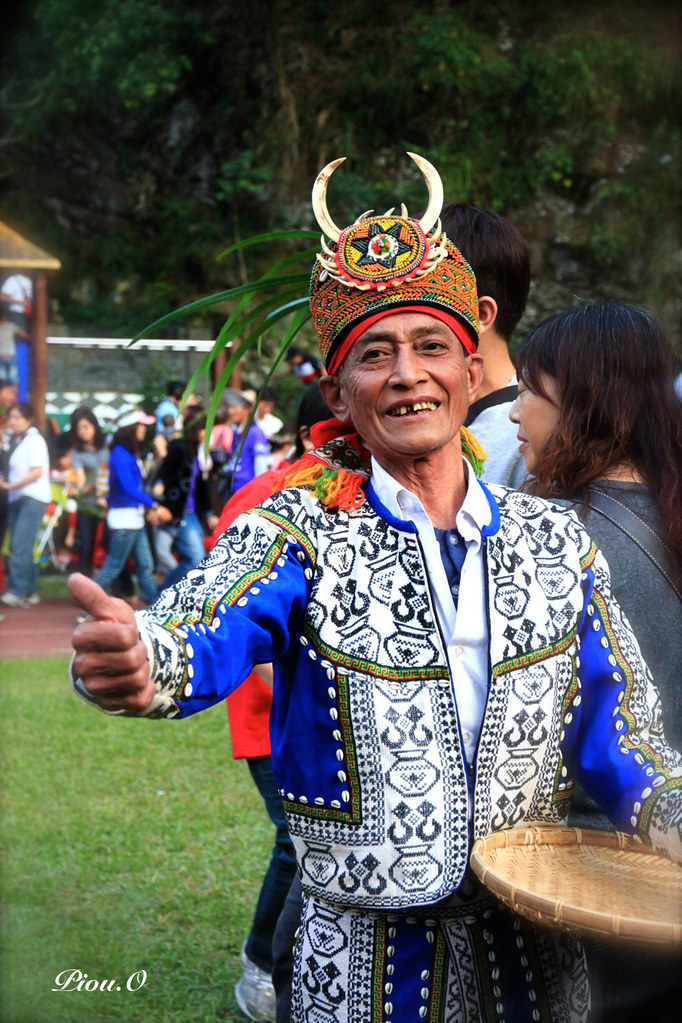 The chief in his traditional dress offering his big smile.

We really love Duona tribe, their relaxing style and optimistic mind, although the festival itself is a bit like a show, but this is also kind of way to preserve a gradually losing traditions, the teenagers leave the tribe to study on the plain, leaving their home and tradition behind the mountains, most of the child now don’t really know the pressure of their blood and their tribe, hope this festival could be presented to the people and help preserve the traditions.